YETI Cooler Corn On The Cob YETI Coolers  have made waves in the cooler market with their high end indestructible ice chests.
Most consumers look at the hefty price tag and wonder, how great can a cooler be?
This test shows another reason why YETI Coolers are worth the price. 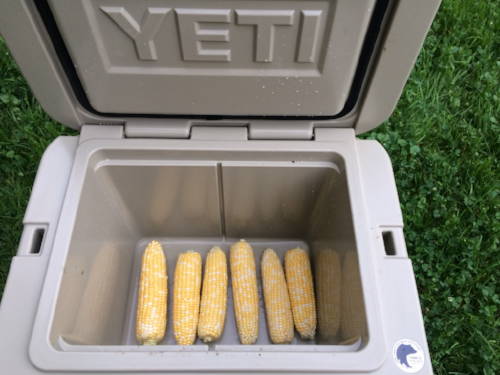 1. Prepare your corn by removing the husk, and place it in your cooler. 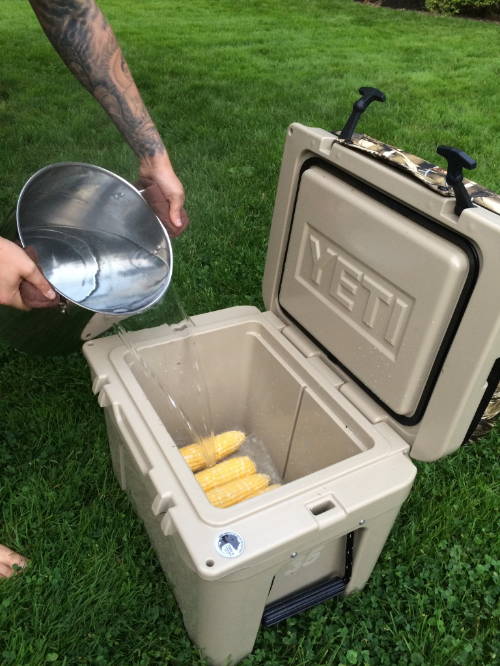 2. Add boiling water, cover all of the corn. 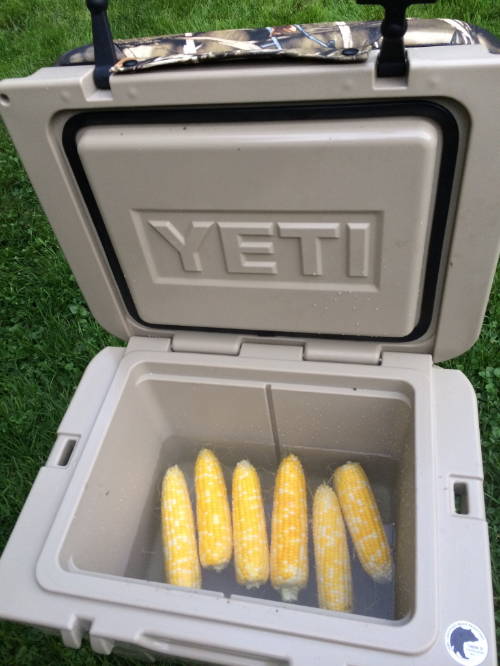 3. Wait 30 minutes. (Our Corn was perfectly cooked after 30 minutes) 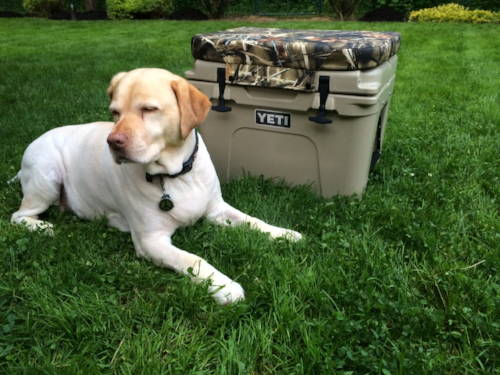 4. Drain and serve. After draining, corn remained hot in cooler for 2 hours. 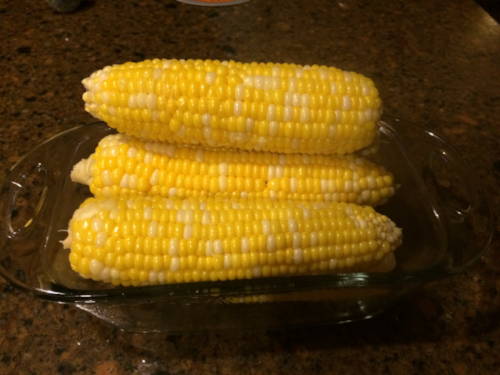 Many people have heard of cooking corn in a cooler, and yes, you can cook corn in any cooler. Cheap coolers have been known to crack when adding boiling water, and will not keep the corn as hot several hours after cooking. In our test, corn remained hot for 2 hours after draining the water out. If you have a larger  YETI  like the  Tundra 75  or  Tundra 105, cooking 100 ears of corn for a party has never been easier. Just fill your cooler with corn, then boiling water and wait 30 minutes. Drain and serve when ready. At first glance I thought this would be a fun science project to try, but probably not something I would ever do again. After seeing it for myself, I learned it’s a practical and easy way to cook corn for a large crowd or just for a few friends at home. Just another reason on a long list of why YETI coolers are the best coolers ever made.